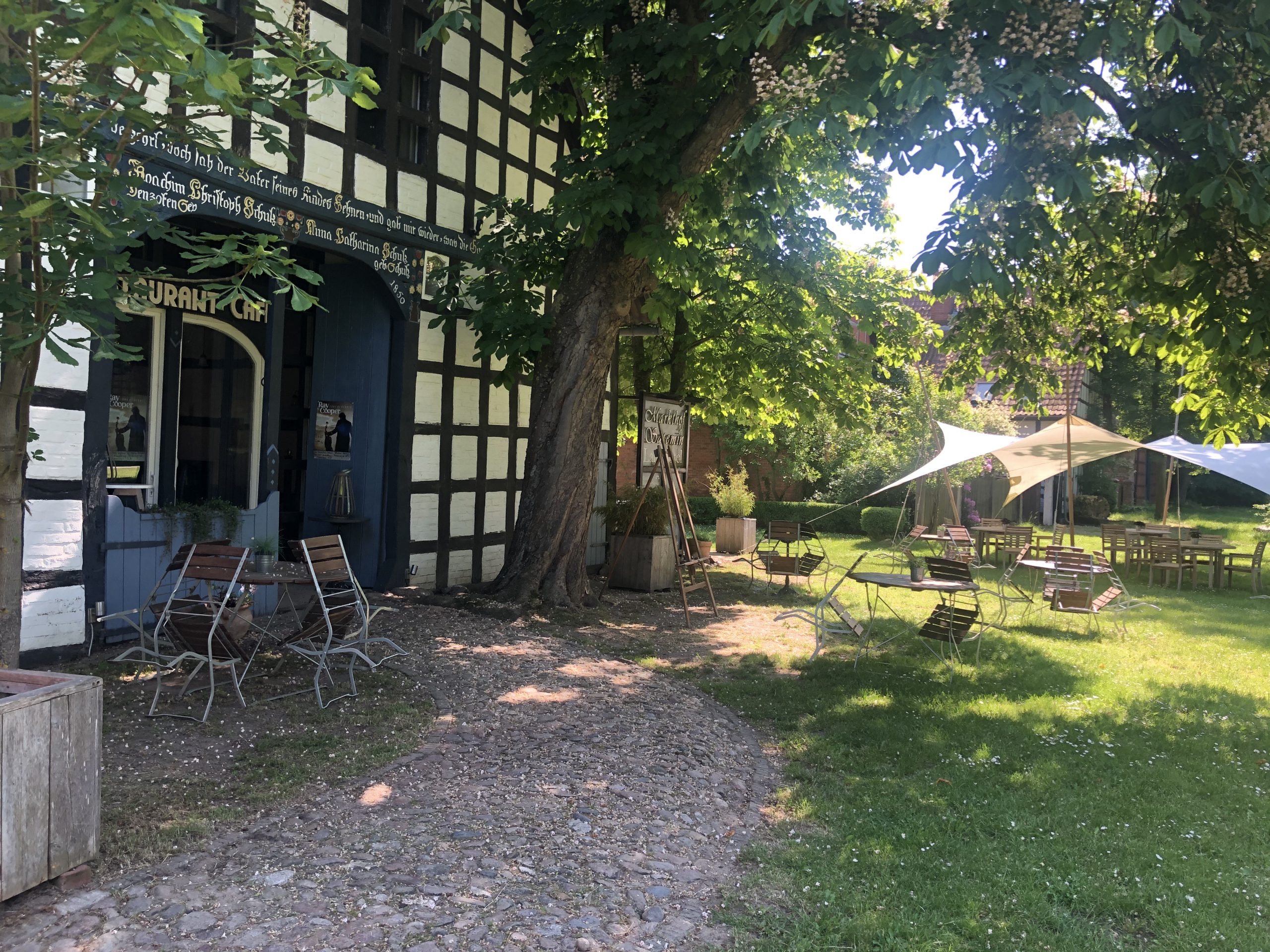 The Dark Days Are Over

Let’s hope they are. Saturday June 5th and I am starting to set up for tonight’s outdoor concert in Satemin. Pre-sales are going very well and the temperature is 26c. It is mandatory to have a proof of vaccination, antigen test or Covid test to get in. This has been the case at most of the shows on the tour. I was here at the Markthof last year in September, then they closed and were only allowed to open again yesterday. I will be playing under the awning in the picture below and it is even prettier here than in the picture.

Satemin is a very special place and is known as the best preserved slavic village in Germany. Just look at the aerial view below, the plan is circular and doesn’t look European at all. The farmhouses forming the circle are huge and hundreds of years old. Some parts of eastern Germany still have a slavic minority who speak Zerb (Serb), not many though; the slavs were mostly driven out in the late medieval times.

Tomorrow’s show is a TV livestream from Mal’s Scheune on Youtube Sunday June 6th 19.00 German time. https://www.youtube.com/malsscheune This place is a real TV studio and the livestream should look very good. I was there twice before and feel very much at home. Built in a very old barn, Mal’s has a cosy feel and a great crew.The show is also open to the public but you need to pre-book and read the Corona instructions on their website. https://www.mals-scheune.de/event-details/live-konzert-ray-cooper
The tour has worked, remarkably, and against all odds. I had my second vaccination the day I left Sweden and although another four shows were cancelled while I was actually in Germany and on tour, another three came in. In addition, two of the shows that were to have been normal club gigs were cleverly turned into livestreams. One of the extra shows was in the garden the Bistro Ringelnatz in Witzenhausen. This was where I stayed last year with Kerstin Maier to take the shots for the ‘Land of Heroes’ album. The audience were amused to see some familiar landmarks on the cover. I am thankful to the promoters, house concert hosts, friends, my agent and my record company for all working hard to make the tour happen, it has not been easy. This has been a tough time for everybody and I have heard a lot of sad stories from hotel owners, pub owners and restaurant owners as well as from audience members who have so missed their live music.
So let’s look forward to a beautiful summer and hope, that the dark days are over.