Stories are at the centre of singer-songwriter and multi-instrumentalist Ray Cooper’s work and his fourth album Land of Heroes follows the question who today’s heroes are. He finds them in all walks of life – from journalists to whistleblowers, from hospital nurses, to a prince and a close friend who died. “I get my ideas from memories, dreams, history books, biographies, online news outlets, conversations I remember or imagine, I have no method”, Cooper claims, “I look back on history with the hope to learn something about the present; to catch the repeating patterns.”

The album was written and recorded within five months during the summer of 2020 in a small wooden cabin close to the forest in Sweden: “I had to cancel all my touring in March 2020 but this gave me a perfect opportunity to concentrate on writing and recording” Cooper says, “I locked myself in my log cabin for the summer, emerging occasionally to swim in the nearby lakes. Lockdown became lock-in, I achieved a long standing dream, which was to be free to think and work in the studio with no deadline.”

The album uses a haunting soundscape of acoustic instruments all played by former Oysterband member Cooper himself. The only additions were some backing vocals from British singer-songwriter Rowan Godel done over the internet. There is a northern feel to the whole album; the darkness of the forest is never far away, which might just have something to do with Cooper’s life: “I am half-Scottish, half-English, I now live in Sweden, I have no home town”.

The title Land of Heroes is taken from the Finnish Kalevala epic’s subtitle and there is a curious Finnish thread running through the album; the kantele, a kind of Finnish harp, is present in the background of many tracks, and the instrumental “Ilmarinen’s Ride” is named after one of the brave but rather unlucky heroes of the Kalevala.

Ray Cooper is an acoustic singer songwriter and multi-instrumentalist, he accompanies his songs with a cello, mandolin, guitar and piano, each song comes with a story, and Ray has a lot of stories.

Ray Cooper started to play in bands when he was 16. After Art College in Brighton, he joined punk band Amazorblades, moved to London and began to work with other groups and genres. By the time he joined the 3 Mustaphas 3 in 1982, he was already an experienced session musician and had worked with a number of producers: Steve Lillywhite, Martin Rushent, Phil Chevron, Joe Jackson, Pete Bellotte, Aki Dean, and Edwin Starr. He had been moving between rock, punk, pop and world music, and working as a singer, bass guitar player and cellist, before he finally hooked up with Oysterband and began a long exploration into his own roots.

After moving to Sweden in the year 2000, Cooper continued playing with Oysterband, eventually touring in 27 countries and recording 19 albums. In 2012 they won 3 awards from BBC Radio 2’s Folk Awards for best group, best album and best traditional track , appeared on the Later with Jools Holland show and were dubbed by FROOTS magazine as one of the 3 ‘Icons of Folk’. Despite their success, Cooper took the decision to leave the band and go solo in 2013. He has since carved out a successful solo career, recording four solo albums and has toured extensively in Britain, Northern Europe and Canada.

The Beast EP “ a very strong new addition to Ray’s recorded output, and yes, it (still) doesn’t sound like anybody else!” David Kidman Fatea magazine 2020

“Ray is one of those songsmiths who possesses the ability to really get inside the characters..– his insights are penetrating’ ..’– majestic, full bodied, confidently widescreen in nature”.
David Kidman fROOTS

“‘Between The Golden Age & The Promised Land’ is a majestic, tour-de force of an album, destined, surely, to become one of the releases of the year”.
David Pratt Fatea

“‘Between The Golden Age & The Promised Land’ is an album awash with atmosphere”.
Tim Carroll Folk Words 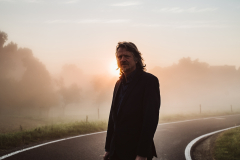 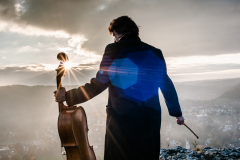 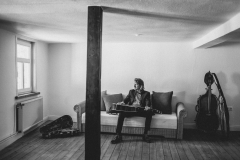 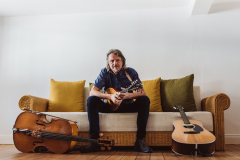 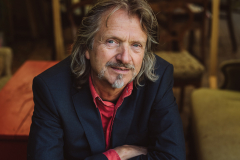 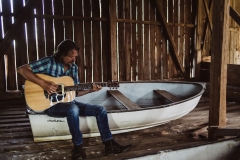 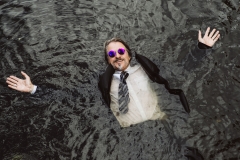 Live show in the Buechner Buehner Theater in Riedstadt 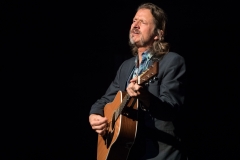 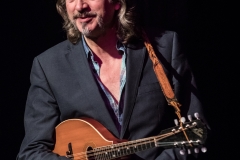 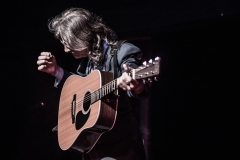 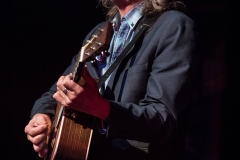 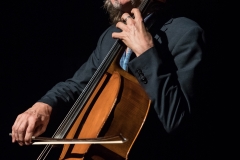 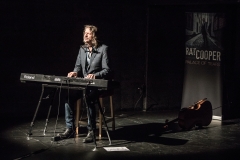 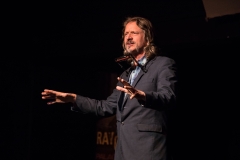 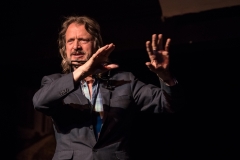 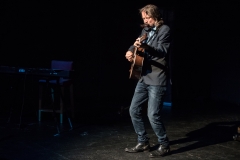