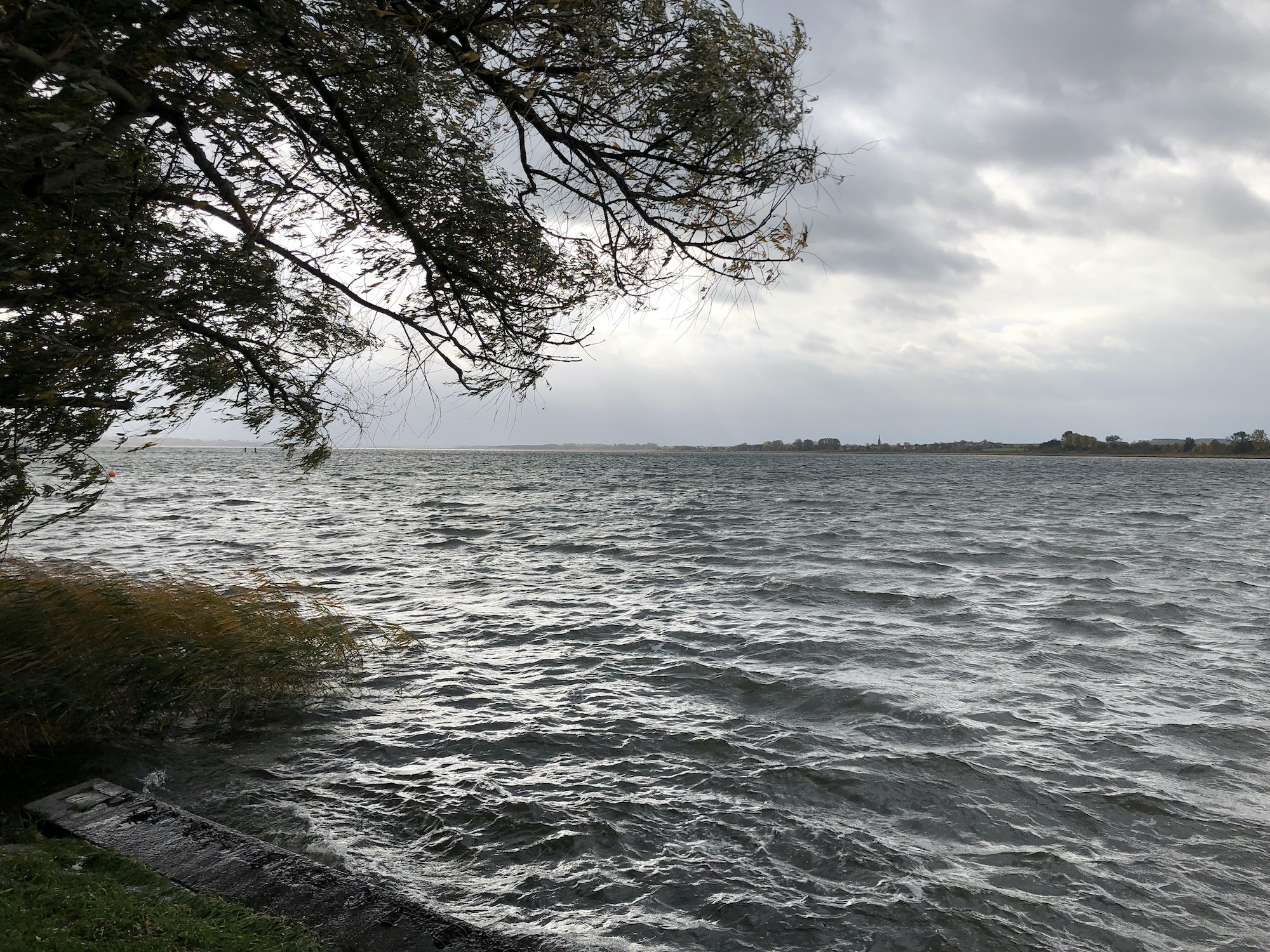 Friday and a day off in Prenzlau, 100km north of Berlin. I played last night in the old Dominican Monastery, one of the few buildings that survived the almost total destruction of the city by Allied bombing in 1945. Just three shows left on this sixteen date tour and I will be home again; Hamburg, Copenhagen and Lund. It has been great to be out playing again, this time taking a keyboard as well as the cello, guitar and mandolin. I am also starting to use the looper more. I also have a lot of tours lined up for next year. It was interesting to see how some of the new songs went down, I am only sorry that I have been so lazy as not to speak any more German, especially here in the eastern part of the country. They all had to learn Russian at school and many have no English at all.

Yesterday I had a long drive up the eastern border of Germany through gale force winds. At one point I saw dark clouds ahead and I expected rain. They were dust clouds; the wind was blowing the soil off the ploughed fields of the great German plain. I drove though thick dust for a couple of hours, some cars had their fog lights on.Today I had a walk round the city of Prenzlau and found the Russian war cemetery. After a bracing walk along the lakeside I climbed to the top of the north tower in this big Marienkirche.

The clock on the car says this trip has so far been 4200km, only about another 1000 to go and I will be back in Malmköping again; ‘if’, as hank Williams used to say ‘The good Lord’s willing and the creek don’t rise’.