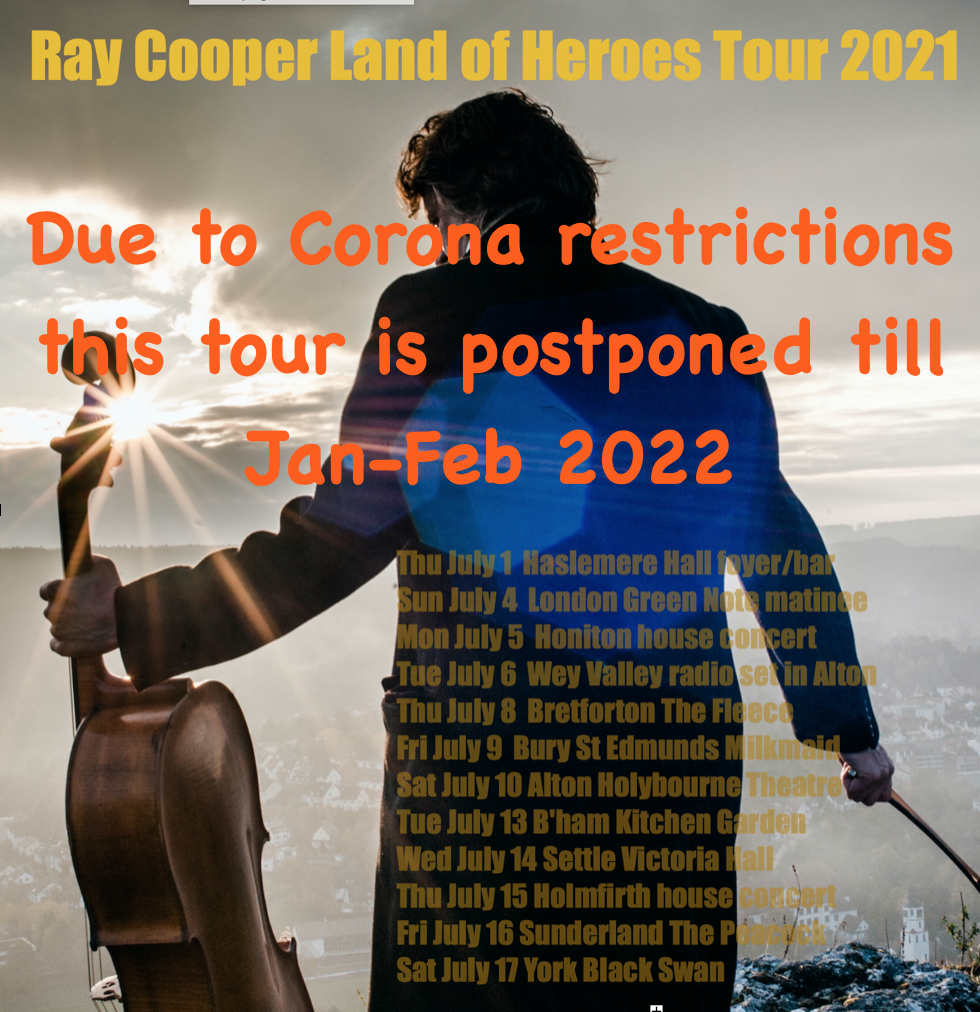 I am very sorry to say that the July tour of England is now postponed to January-February 2022. Several shows were cancelled and it was not possible to come all the way from Sweden to make the tour. The cost of the extra Covid tests, plus air fares, train fares and hotels and petrol would just not be covered by the money from the shows. Had I been based in England it would have been possible to salvage one or two shows, but living in Sweden it is just not possible. I am sorry to disappoint the people who were going to come.

Strange that I managed three tours in Germany during the pandemic, and I got through them all, if only just. Perhaps it was luck. I now have to look forward to January when I can come back again and I am already talking to the venues to re-schedule the shows. The first one to confirm is The Green Note in London for Sunday February 13th.

I am off to Gotland for a family holiday this week end and when I get back, I have a live session for German Radio, a cello recording session, rehearsals with Gustav Andersson (piano) for some duo gigs we have in Sweden in August, a house concert on an island in Norway, another German tour to look forward to in October and the next UK tour to plan.

Enjoy the summer, and as Oysterband would say, ‘Don’t be afraid’.