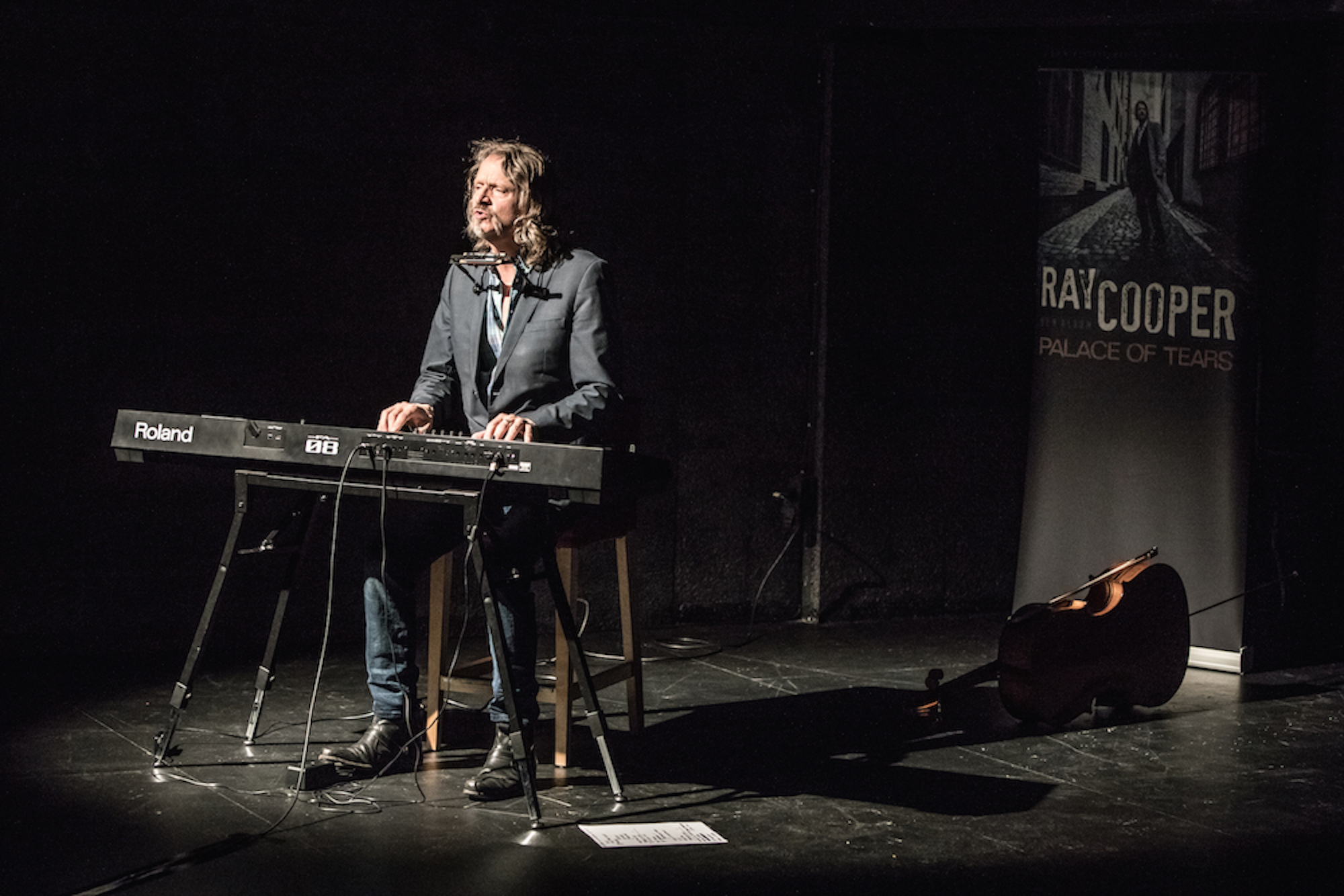 I made it to the night ferry in Rostock 15 mins late but they let me on, I was the last car. I had a very long drive though the rain and the traffic jams but was thankful to sink into my bunk having survived another tour of Germany.
I had started earlier this month in the north with some house concerts and another acoustic performance in the 500 year old Kloster church in Schleswig. This place has the best acoustics I have ever heard. I can sing and play as quietly as I like and everyone can still hear. I would love to record there.

Next, driving southwest and I passed a lot of uprooted trees, evidence of the recent hurricane damage. The railway between Berlin and Hamburg was expected to be out of action for another week. Another house concert in Luebbecke and the biggest one I have done with 50 people lined up on benches. During the show a guy in front of me collapsed, it looked serious so I called a break. We had to get an ambulance and as he was carried out he took my hand and said ‘It’s OK, it wasn’t your music that made me pass out’. I visited the hospital the next day, I took the mandolin along and sang him a song while he was waiting for more tests. So if anyone asks me what is the smallest audience I have played to the answer is…one, it doesn’t get any smaller than that.
One of the features of playing house concerts is that I have breakfast with different people every day. The topic, for some reason, is always politics, and the one that always comes up is Brexit. ‘Why did Britain leave?’ I am continually asked, what can I say? It’s a tragedy, it’s a con, it’s foolish, it’s about immigration. (Germany took a million immigrants last year and although a lot of Germans had a problem with that, the idea of leaving the EU is not seriously entertained as a solution). For Europeans, Brexit is just another example of British eccentricity, like driving on the wrong side of the road, living in houses without double glazing or drinking tea instead of coffee. Baffling, but in a way endearing. I talked to one man who worked for Mars the huge multi national food suppliers, who told me that applications from ambitious young British people had increased by 350% after Brexit. I found that quite chilling.
Driving south through the Hartz mountains and the beautiful autumn colours as the tall beech trees turn orange and yellow and on to Reidtadt south of Frankfurt and the Buechner Buehne, a small art theatre with a big wide stage. I decided to play this one acoustic too and have the freedom to move around. The place was almost full and I am hoping to get back there next year.

The temperature was going up all the time and by the time I reached Freiburg it was a glorious 25C, summer again. I had a day off and made it to the top of the Schauinsland mountain to watch the sun go down behind the Voges mountains in France, 50 km away on the other side of the Rhine Valley.
The road to Leutkirche took me over the Black Forrest mountains, past the vinyards until there, below me was Lake Constance, filled with morning mist like the bubbles in a jacuzzi with the Swiss mountains rising behind, I must remember that sight next time I have a jacuzzi. More shows, meeting old friends, making new ones, some strange and crazy gigs, more driving, more roadworks (one of the few German words I understand is ‘Baustellen’), it was 14 shows in 17 days but I survived and am glad to be home again and straight back in the studio. Touring is good for the voice, it gets it really working so this week is good time to work on the singing.
That was the last show until I come to England in February. Those dates will be published very soon. Thanks again to all the people who helped keep me alive.